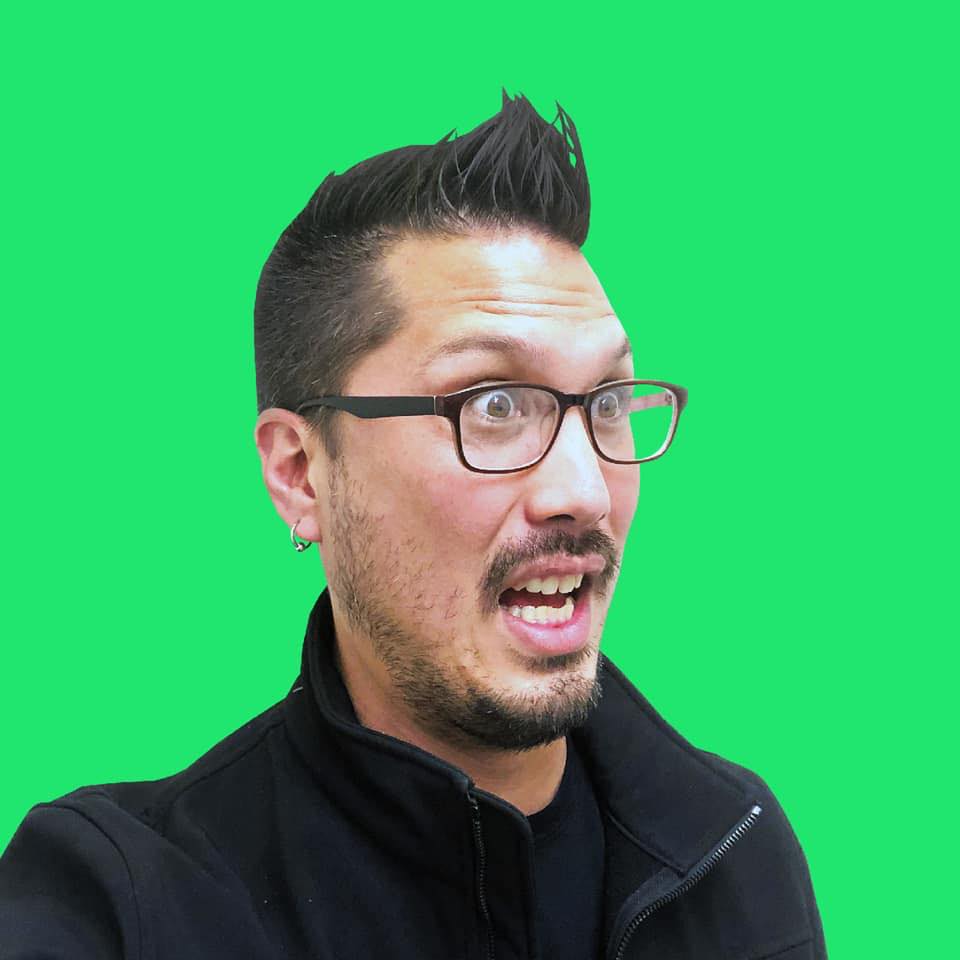 Michael Muranaka
Pizza Artist
I am a Web Designer at Kraftwerk Design in San Luis Obispo, California. I have a wife, a daughter, and 2 dogs. In my spare time I create graffiti, draw, and write things.
Connect
Other Stuff

When I was a younger lad of 18, I bought my first URL from Canaca.com. This was during the early 2000’s, so domains and hosting were priced a bit differently. I had hopes of starting a trendy internet magazine and inviting all of my friends to contribute content. I also created a slew of failed webcomics, which were super hot at the time (webcomics in general, not mine).

After a period of years, I outgrew Canaca, and GoDaddy was offering a much better price tag at the time. In addition to that, they offered something unheard of: 24 hour customer service by phone. The latter is an almost invaluable resource for web designers. Calling and getting help during the wee hours of the night (a.k.a. prime freelance hours) is a basic necessity.

Quite honestly, GoDaddy worked out for me for a number of years. I wasn’t overly ambitious with my websites, so downtime wasn’t an issue and the customer service was a bonus.

2011 marked a major life event. I moved from my home state of California to El Salvador in Central America. I left everything behind, packed up, moved, and my wife and I got married. I left behind my job, so I got by looking for freelance anywhere I could (CraigsList). My freelance stint lasted for about 4 years.

This is when GoDaddy stopped being my friend

I specialize in customizing WordPress, and I landed a client who wanted to move their ecommerce site from Shopify and use WooCommerce instead. Ecommerce requires an SSL certificate so that people can make purchases securely. As an aside, SSL certificates should not be difficult to install or manage.

With GoDaddy, you are paying at the least $63.99 if you were to buy an SSL cert right now. This price includes a 20% discount for the first year My client paid about $155 for a 2 year SSL cert at the time. Fine.

The next step is installing it. GoDaddy does not do this for you. There are a number of steps and convoluted documentation to read through. The process takes from 24-48 hours after you follow these steps.

I had the SSL cert purchased and I followed the installation steps. You basically need to copy and paste a long string of numbers and choose some options, and after that the SSL cert is supposed to kick in at some point. 24-48 hours is a C.Y.A. buffer number, and the cert can install within hours, but may take up to a day. After the 48 hour window there was no SSL cert active on the site.

How can you tell if the SSL cert is installed?

Look at the URL field in your browser. See the little lock? If it’s locked, you’re good. If there is any kind of warning indicator it’s a no go.

This is when GoDaddy screwed me. I called GoDaddy. They didn’t know what the issue was, so they transferred me to the tech department who they claimed would fix it. Every “fix” takes an additional 24-48 hours. Meanwhile, I’m the intermediary between GoDaddy and my freelance client (who probably thought I was a big ol’ doof). I called 5-10 times over a week. Every time I called I spoke with a different person who started my case all over again. Sometimes they would reference past notes, but the past notes rarely were of any use to the current call. The most frustrating part is that the first tech person who I spoke to explained to me exactly what the issue was, but every subsequent time I called nobody took the original issue into consideration. The SSL certificate finally worked, but there was never an answer to why it happened in the first place.

This SSL issue has happened to me twice with two different clients.

To be fair, I never price checked GoDaddy against other web hosts, but I should have. In the nearly 20 years that I’ve been running websites, the prices have fluctuated, and have become much cheaper.

The way that GoDaddy hooks you into choosing them is by offering a deep introductory discount if you purchase one year of hosting. Once you have hosting, however, you never qualify for discounts again, even if you purchase hosting in years at a time.

The absolute danger of purchasing multiple years at a time with GoDaddy is the server changes. This has happened to me multiple times as well: I check in with GoDaddy for whatever reason, and before I hang up they try to get me to either renew something or purchase something new, and in doing so they explain to me that I’m on an old hosting plan that isn’t available anymore. This means that my websites are on an outdated, substandard server. They have never warned me of this, and technically theres’s no way to know if it’s even true or not. When this happens, you have the option to manually move all of your websites OR pay them upwards of $100 per site for GoDaddy to move them for you.

I was suggested Namecheap by Travis (Fast Food Deals), my go-to SEO person. He generally uses Namecheap for to purchase domain names I checked out pricing on the Namecheap website and they had some crazy deals. Using hastily researched coupons, I purchased a URL and a year of hosting for $26.90 all in. To add to that, their customer service has been fantastic, and their hosting so far is much faster and easier to navigate than GoDaddy. Needless to say, I moved all of my URL’s from GoDaddy for $8.17 each (moving domain names also buys you another year for each own). Every single URL I moved also came with a FREE SSL certificate. Their SSL certificates installed automatically, and when I had issues with a few of them, they were resolved within minutes after chatting with NameCheap support.

I spent $59.58 with Namecheap to move everything I had from GoDaddy.

This year with GoDaddy I would have spent $143.88 on hosting and $79.96 on four URL renewals, totaling $215.84 – a difference of $156.26 compared to what I spent with Namecheap. Additionally, had I bought 4 SSL certificates on sale with GoDaddy, I would have spent an additional $255.96. I forgot to mention that Domain Privacy with Namecheap is also free, but a $9.99 upsell on GoDaddy, so that would cost additional $39.96 for 4 URL’s on GoDaddy.

All in all, I would have spent $519.76 with GoDaddy this year to include all of the bells and whistles, but instead I’m paying $59.58 on Namecheap.

My recommendation to you would be to do some research before purchasing website hosting, and no matter what stay far away from GoDaddy.

P.S. If you think I’m being deceptive by including discounts, check out a chart of Namecheap v.s. GoDaddy pricing without discounts below: